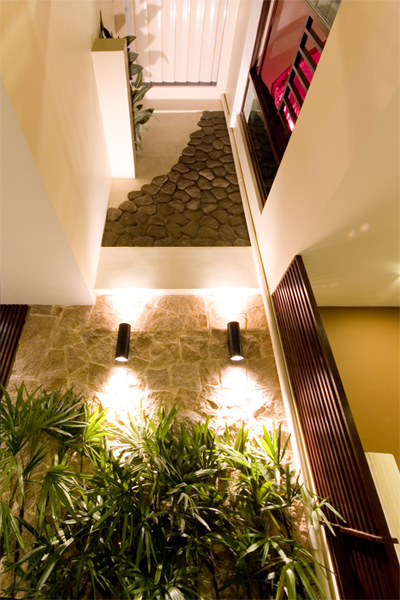 Air wells are one of our favourite areas to create within a home. Voluminous ceiling height and ample design possibilities, what’s not to love! Throughout the years we have created numerous air wells, this issue we go through our archives to highlight a stand out selection.

Tunnel To The Sky 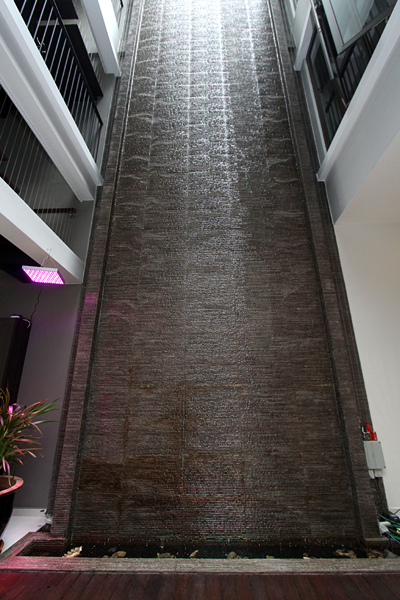 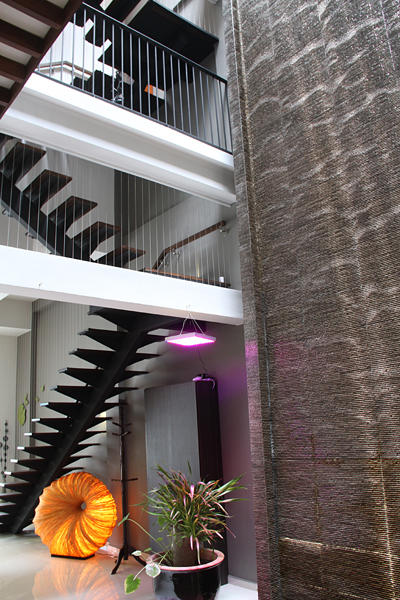 Turning to tropical isn’t just about wood and plants. Adding a dash of modernity to the theme paves the way for bold stone features. This massive air well towers three storeys high unhindered by walls making it the ultimate statement feature within the home. Dark stone tiles have been stacked throughout with water trickling down from the top. Sunlight enters through the uppermost portion of the air well filling the home. Natural light beautifully highlights the indentations and protrusions of the stone wall. 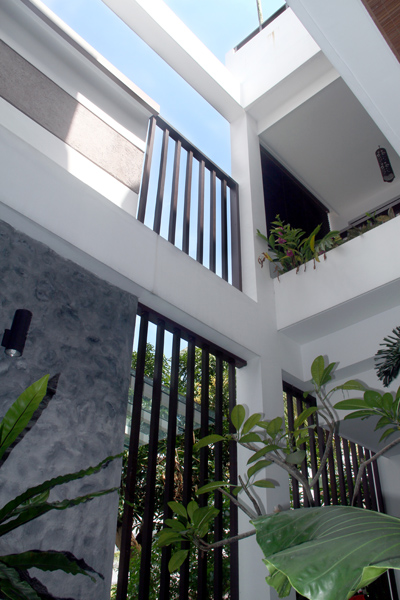 Air wells are especially useful in Intermediate Terrace homes because of the lack of window placements on its side walls. Thus, air wells when designed to fit in with its existing environment can encourage maximum amount of sunlight and air. This home for instance, worked with the existing open space of the neighbouring homes’ backyards. This allowed the home to be designed with an open feel throughout the top and partially along the side while still keeping mutual privacy between the home and its neighbours. Adding in some plants further enhances the desired outdoorsy feel.

Step Into The Past 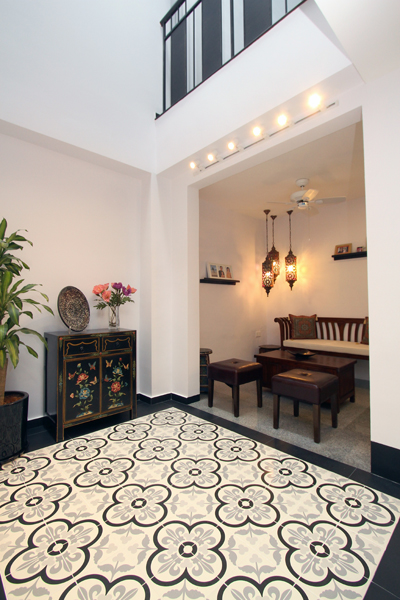 Looking back into mid 19th and early 20th century houses before air-conditioning was invented and a common sight in homes, air wells were an integral feature alongside elevated bungalows and fanlights which were all created to provide natural ventilation. Including an air well in more retro themes like this colonial-ethnic inspired home, instantly enhance the authenticity of the look and feel of it’s aesthetics. Then it’s all about simplicity of space with the accompaniment of interesting materials. Keeping the air well empty and having it situated near common areas like the dining allows for possible expansion of space usage during gatherings. 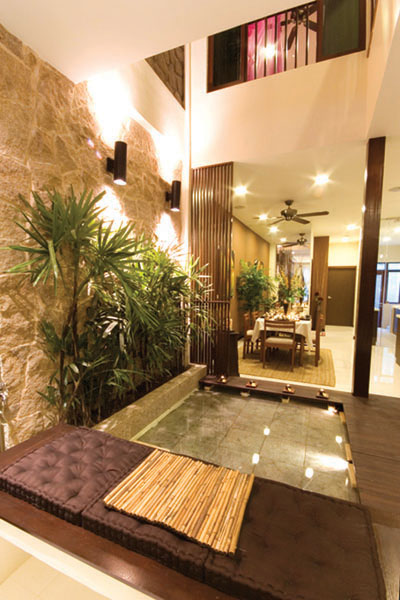 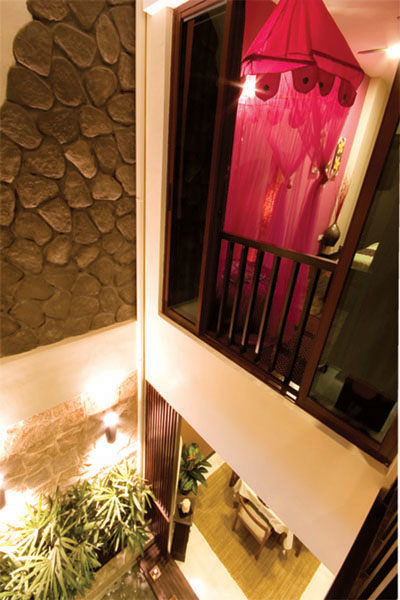 Due to the shortage of windows in Intermediate Terrace homes, an alternative work around comes from facing rooms towards the air well. Just like this home, the rooms have additional ventilation as well as a picturesque look-out point. A pond within the air well complete with elevated decking in turn becomes a functional seating area. Adding in automatic louvers along the ceiling gives the freedom of controlling the outside elements from entering the home. 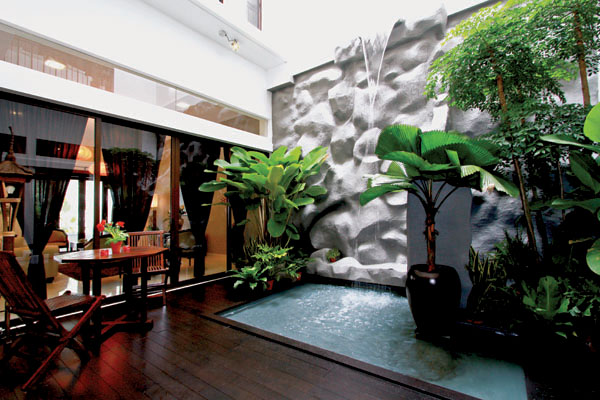 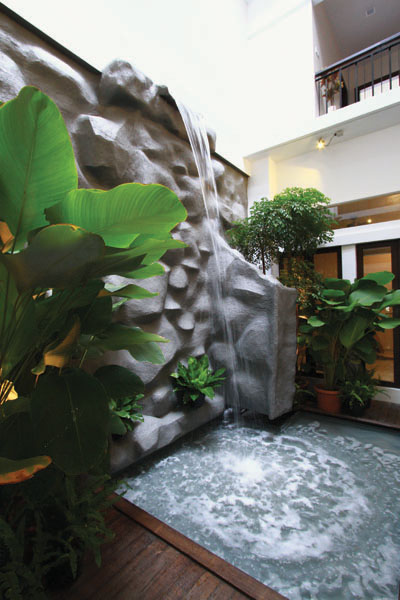 If you can’t find a tropical rainforest in our urban jungle but would love waking up to one, then create it! It is exactly what was created within the air well of this home by thinking out of the box. Having rooms overlooking the air well simulates an environment that is out of the norm within the comforts of one’s own home. With a slightly larger space, creating a tropical oasis is possible. Imagine having breakfast by a waterfall without having to deal with unwanted critters.

With the design and functionality possibilities creating an air well, you can see why it’s one of our favourite feature spots to create in our Nic & Wes homes. The essence comes from looking beyond its intended functionality, but to go beyond; creating an environment that compliments the feel of the home. This is just one feature that makes our creations not just houses but distinctively a Nic & Wes lifestyle home.